Hey team! I am a comedic and dramatic actress with a two year associate's degree from The American Academy of Dramatic Arts in LA. I have access to American, British, Irish and Australian accents and have recently worked on tv shows such as People Magazine Investigates and Buried in the Backyard and films such as Our Home and Whose Life Is It Anyway? I love this industry so much and am happy to be of assistance where I can. I have a lot of experience being a reader - as I was also a teachers assistant at AADA and have worked in a few casting rooms. If you have any questions - please just let me know. Thanks so much! Kind regards, Georgie
www.georgiestormwaite.com
www.instagram.com/georgiestormwaite

Hey there! I am Georgie - an Australian actress based in sunny Los Angeles. I completed a two year conservatory at The American Academy of Dramatic Arts in Los Angeles where I majored in both drama and comedy.

Since graduating I have had an amazing time working on tv sets such as Buried in the Backyard, Crazy Ex Girlfriend and People Magazine Investigates. Film credits include Our Home, Project Hollywood, Whose Life is it Anyway, Headcase and more! Although I am an Aussie, I have years of accent training in; American, British, Irish and of course Australian.

Prior to attending AADA, I spent three years working behind the camera on a well known reality series in London, England as an associate producer. I have also trained at the National Institute of Dramatic Arts in Melbourne and I continue to focus on upgrading my knowledge and skill base in the industry. I have training in screen acting, musical theatre, speech and dialects, Shakespeare, dance and movement and stage combat. Once quarantine is over I CANNOT WAIT to hit the ground running - and that includes both in this industry and up in the hiking trails around California!

FUN FACT: I am also related to actor Joseph Jefferson who was one of the most famous of all 19th century American comedians - so it runs in the blood! 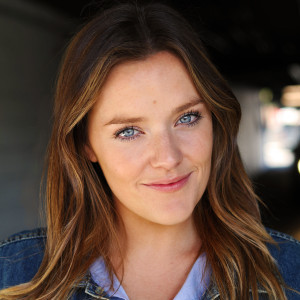