Tom Ohmer's acting career has spanned three decades, in which he's starred as loving dads on Red Band Society, Moonlight and Tosh.0; a rocket scientist on NCIS:LA; and a pilot in crisis on Leverage. He's often recognized as the brutal hit-man Bosola on Criminal Minds and for his recurring role as underling Sgt. Lyman on Monk. Tom's work in front of the camera has been deeply influenced by his early years in the Army and the many years he spent in the Los Angeles and Simi Valley Police Departments. Tom employs both sides of his professional life as the subject matter expert on Bellum Entertainment's internationally syndicated series Corrupt Crimes.

Tom grew up in Carmel, Indiana and got his start in the entertainment industry when he was cast as a fraternity jock in the Oscar-winning Breaking Away, filmed on his college campus at Indiana University. After modeling and acting in commercials in Chicago, he headed to Los Angeles where he landed his first TV job as Joan Collins' chauffeur on Dynasty. He quickly moved on to roles on The Love Boat, Murder She Wrote, Cheers, and a recurring role on Days of Our Lives.

Wanting to create more stability for his young family, Tom began a parallel career in the LAPD and then Simi Valley Police Department, where he became a motorcycle officer. He continued to work on-camera, with starring roles on Baywatch, Melrose Place, Beverly Hills 90210, and others. Tom's police skills enhanced his acting career, and he soon found himself in demand as a law enforcement consultant, firearms instructor, precision driver and stunt performer on several films and television shows including Rebel, The Dark Knight Rises, Forget Paris, Race to Witch Mountain and G.I. Joe: Rise of The Cobra. Since taking an early retirement from the police department, Tom has racked up many credits both in and out of uniform, including roles on Perfect Couples, Crossing Jordan, The Unit, Sleeper Cell and in the films Harley's Hill, The Chicago 8, Reawakened, Dolphin Tale 2 and soon to be released I Am That Man. Tom has also appeared in numerous national commercials, including two Super Bowl spots.

Tom credits the US Army for the discipline and work ethic that fuels his acting career. He's a member of Veterans in Media and Entertainment, American Legion Hollywood Post #43 and Dunedin Post #275, volunteers with The Gary Sinise Foundation and is active in his local church. He also works part-time as the Veteran/LEO Liaison for Tampa based SOF Missions, a non-profit organization that helps Veterans cope with the PTS and suicide epidemic. Tom is honored to appear in a leading role in the recently released film Surrender Only to One, a docudrama produced by SOF Missions. He recently traveled to Interlaken, Switzerland for a month of shooting the soon to be released film The Man With The Silver Case. See less 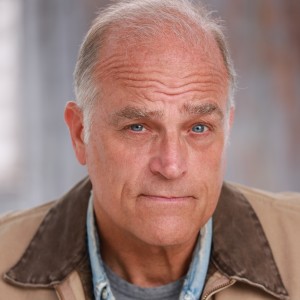