I am an actor/filmmaker based out of the Midwest and I love working with actors!

I have experience working on both sides of the camera for 8+ years and have won acting and filmmaking awards at several film festivals. I have appeared in film and television in many genres including: superhero (Marvel's Agents of S.H.I.E.L.D.), soaps (General Hospital), indies (Honey Boy), procedurals (N.C.I.S.), comedies (The Good Place), and more!

I would love the opportunity to help you with your rehearsals and self-tapes. I am happy to just be a reader or help coach you on the audition with feedback and suggestions.

Paulina Lule is an American actor and filmmaker. They were born in Milwaukee, Wisconsin. Their acting training began at the Joanne Baron/DW Brown Studio in Santa Monica where they completed a 2-year Meisner Technique Conservatory program. They then auditioned for and were accepted into the inaugural class of the Los Angeles branch of the award-winning Identity School of Acting. Since then, they have appeared in several television shows including recurring roles on Marvel's Agents of S.H.I.E.L.D and ABC's General Hospital. They also studied film directing and screenwriting at the Academy for Creative Media at University of Hawaii-Manoa and received a Master of Fine arts from Chapman University in Orange County. Their films have played at several festivals and won awards including at the BronzeLens Festival in Atlanta and the Pan African Film festival in Los Angeles. 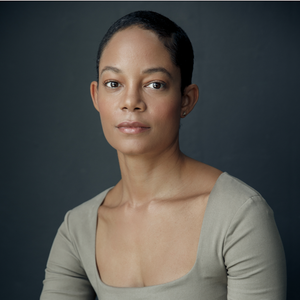 Paulina was super helpful. I wanted to rehearse and she helped me take my performance to another level, highly recommend! "
"

Really a warm, engaged reader who's committed to helping you do you. Thanks so much, Paulina!! "
"

Was awesome and easy to collaborate with. Highly recommended!! "
"

It was great working several small scenes with Paulina. I highly recommend you BOOK HER! "
"