As a reader for casting agents in New York (NBC, ABC, numerous independent casting agents) I loved working with actors to bring out their best performance. I'm back on the West Coast now. Casting online is even better because we can have fun and you can shine without worrying about in-room politics.

I've directed 12 feature films, numerous commercials, industrials, and many stage plays. I started as a professional actor at the age of 16 in Los Angeles and continued working even through the pandemic.

During the day I'm working on producing my next feature film. In the evenings I cold read scripts with friends for the joy of performing together. When I'm online I'm here to have fun working on new material with you.

Creating interesting and memorable characters - especially from a bland text - is a blast! I look forward to supporting your work and assisting you send a great audition.


I work on any continent (as travel conditions permit). My passport is current. Vaccinations are up-to-date.

My goal with every project is to support the director's vision and bring them a nuanced and charismatic performance to best tell their story. 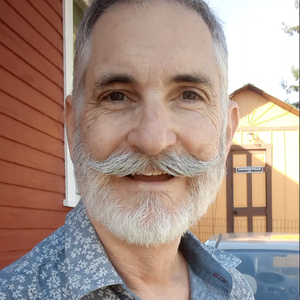