Hello! I'm a Spanish and English-speaking Costa Rican actress currently based in Hungary, in Budapest. I'm always happy to help other fellow actors whenever I can. :)

I grew up in Costa Rica, Spanish is my native language. I am fluent in English, and know the very basics of French, Japanese and Hungarian.

I obtained a BA (Hons) 1st in Dramatic Arts at the Dramatic Arts School of the University of Costa Rica. My first role was in the National Theatre Company's production of "Bicycles Are For the Summer". From that moment on, I kept working regularly in both official and independent companies, performing in a variety of roles from traditional drama and comedy to experimental theatre.

From 2008 to 2011 I lived in Spain (in Asturias, where my maternal family is originally from) and worked to acquire new skills to complement my theatre career. I attended workshops about interior design and printmaking techniques, and continued to build on my training as an actress.

I moved to London in 2012, where I actively collaborated with companies such as the Salon:Collective and The Spanish Theatre Company. I was part of the collaboration team behind the opening of the Cervantes Theatre, the first venue in London dedicated entirely to staging Spanish and Latin American theatre, with a bilingual programming.

I'm currently based in Hungary, in the city of Budapest, where I continue to do theatre in English. 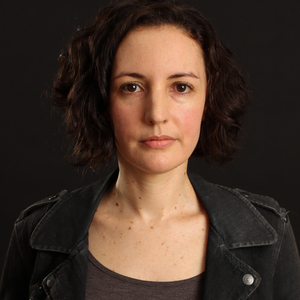