Hi,
I'm an Iranian actress who mostly played in the theater.
I took some theater acting courses.
I graduated with M.Sc. and have FCE and TTC; so I can play roles in English. Writing reviews about plays and movies is a big part of my career. Also, have some theater directing experience.
I love helping and communicating with people and would be proud to direct, review, rehearse with, and learn from other actors from all around the world.
For setting the time of action, send an email to me at the address tehransbu@gmail.com or message/call me through Whatsapp on this number +989190323725

Since I was five, I used to play every story I liked in my way. Sometimes they had been changed. Fantacy had been my favourite genre since then specialy. When I started school and was able to read and write, the major gate opened; now I could create every imagination on paper. Studying about what I like, is always one of the most interesting things in whole my life, so it never stops. However my academic education is science, I took some acting courses in private institutes, which most of them related to theater- including acting (one year, four terms for general theater acting and rehearsing with text), mevement and voice course and acting with David Memmet's method. I started professional theater with assistanting for direction and stage designing and after that as an actor in lots of stage theaters, school proposals and performances. After all these years -about eleven, now I have some short film acting experiences. Becoming an international screen actor has always been my biggest dream and I am ready for the journey.

For contacting me you can send me email to this address: tehransbu@gmail.com or message/call through whatsapp to this number +989190323725 You can find me on skype with this address: parisa_malehmi
Close Showreel 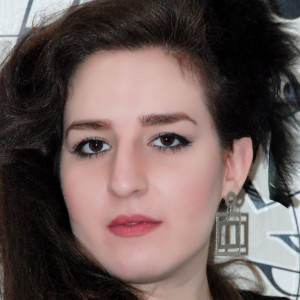