Paige Sciarrino is a screenwriter, actor, and filmmaker located in Northern New Jersey. She graduated Magna Cum Laude in 2015 with her BFA in Acting from Montclair State University and went on to found Non Profit theater company, Normal Ave, based in NYC, as well as Writer in the Dark, a film collective based in NJ. She has two previously produced screenplays, "Rolling" and "the blue light stays on". The latter won "Best Original Idea" at the Reale Film Festival and her work on screen in the film was nominated for "Best Actress" at the New Jersey Film Awards. The film also took home awards for "Best Female Filmmaker" and "Best Supporting Actress". Her feature film, "Cemetery Girl" is set to shoot in Summer 2022. She focuses on creating complex female characters, with New Jersey usually as the backdrop.

Award winning actor, screenwriter, and filmmaker based in NYC/NJ. 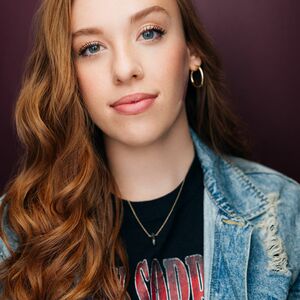