Hi there,
I hope you are all keeping safe and well wherever you are in the world at this scary time.
Please do drop me a line if you want any help with self-tapes or someone reading in and rehearsing . I won't be charging at this time as I know we are all abit strapped for cash at this moment but if you would like to tip then that would be greatly appreciated.

So abit about me, I graduated from the London School of Musical Theatre in 2008, after previously gaining a Diploma in Acting in my hometown of Liverpool from Paul McCartney’s Liverpool’s Institute for Performing Arts.
So although I am a scouser at heart coming from Liverpool, my accent is more neutral as have done alot of RP.

Look forward to speaking to some of you.

Olivia Sloyan is an actress, known for Habit (2017), Persona (2011) and The Lost Reel.Olivia graduated from the London School of Musical Theatre in 2008, after previously gaining a Diploma in Acting in her hometown of Liverpool from Paul McCartney’s Liverpool’s Institute for Performing Arts, performing for Paul McCartney himself for the 10-year anniversary of LIPA.
Recent credits include: Doris in The owl and The Pussycat 2018 (Tour), Tia in The Salon 2018 (The Epstein Theatre), Cinderella in Cinderella (The Liverpool Empire), Tia in The Salon 2017 ( St Helens Theatre Royal), Glinda in The Wizard of Oz (Stockport Plaza), Sue in Rita, Sue and Bob Too 2015 and 2016 (St Helens Theatre Royal) , Drunk Girl in the feature film Habit 2017, Football fan in a NEXEN commercial, Tennis player in a William Hill Commercial. PC Adams in the feature film Age of Kill , Linda in the UK tour of Blood Brothers, Brenda in the UK tour and West End production of Blood Brothers. 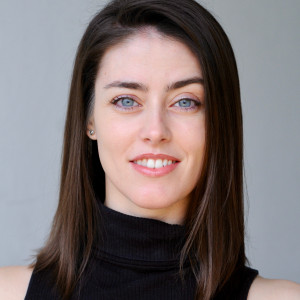