Hi all, I am a British-American actress based in the UK.

I studied at the University of Michigan and Gaiety School of Acting and have performed in the US, Ireland, Greece, and Scotland. I work in theatre, film, television, voiceovers, and industrials.

I have also worked in Casting as a Casting Director and Reader, so I know what it's like from both sides of the table and have had personal experience casting from self-tapes.

I can help you with whatever you need. Getting off book? I'll drill lines. Reader? I've got you covered, anything from blank delivery to scene partner. Just need another pair of eyes on a scene? I can help offer adjustments like an in-room audition.

If you'd like to schedule a session in advance, feel free to email me at noa.gelb@gmail.com.

I am a British-American late teens-early 30s actress. I have an RP and Southern US accent and have worked in theatre, film, television, industrials, and voiceovers. 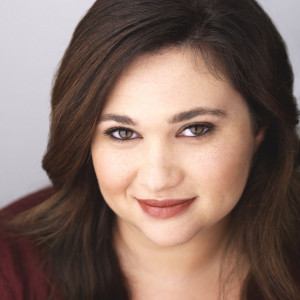 WHAT A JOY TO WORK WITH!!! SO KIND, SO GENEROUS, FANTASTIC NOTES/DIRECTION, FANTASTIC READER! THANK YOU! "
"

LOVE Noa she is so great. A very experienced reader, and you can tell. Really enjoyed working with her! "
"

Super helpful and flexibel! Thank you so much for your time! "
"

Thank you for reading and staying on top of things! "
"

Noa was so sweet and so helpful! She was super understanding when I kept messing up and stayed positive to help me finish the audition! "
"

Everything I needed before my audition!!! "
"

Great reader to work with! "
"

So helpful! gave such great notes! "
"