For an actor, there's nothing worse than a not so great or an overacting reader. When I read for friends and fellow actors, I strive to give actors the energy they need to deliver the best moment possible.

NICOLE PRINGLE is a South Carolina native who has lived in Atlanta for fifteen years. She discovered her love for the stage at Adamsville Elementary in Southwest Atlanta and Lighthouse Missionary Church in Forest Park. Her most notable theater role is Yum-Yum in the operetta The Mikado. The TV/Film actress recently starred in the Christmas movie ‘Twas the Night, Co-starred on Law & Order SVU, and has appeared in a few regional commercials. Her favorite roles include: Melody in the popular webseries Black & Single, and Pixel in the VBS video series Surf Shack. Nicole is also a voice-over actress and has voiced commercials for Ancestry DNA, The Walking Dead Experience, and the popular video game The Division 2. She finds joy in helping others succeed and made good use of this trait during her time as an assistant at LS Studios (formerly DFAS Atl). In her spare time, Nicole enjoys hiking, bowling, or simply watching TV with her sisters.
Her words of encouragement to herself and others are,
“You already have everything you need to succeed.” 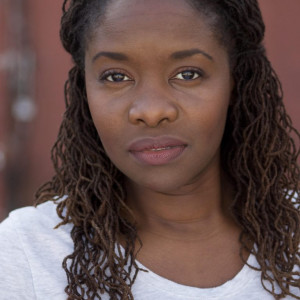 Amazing reader! Offered great advice and notes and made me feel completely at ease. Highly recommend! "
"

An excellent reader! So patient and kind. "
"

Nicole is amazing! She really helped me find different layers to play with in my scene that I hadn't thought of yet! Thank you!! "
"