Hi! I'm Nicole (she/hers) How can I support you in your craft today?

I am currently a Chicago actor with over 10+ years experience in film, commercial and theatrical work.

I would love to assist you with your audition, rehearsal, and self-tapes as your reader or even help with the simple task of running through your lines for that amazing show/film/commercial you just booked. Let's get you feeling confident in the role and on the roll.

(Yup. Just word played and have no regrets.)

Graciously accepting tips.
Excited to meet and work with you.

I am currently a Chicago actor with over 10+ years experience in film, commercial and theatrical work. I've mostly focused my career towards theatre and my proudest and most challenging role to date was Sheryl, a literary professor coming to terms with an unraveling marriage, in "Don't Smoke in Bed" written by Aurin Squire (writer on Evil, The Good Fight).

I am now giving myself over to my truer passion of TV and film. I've worked on a comedic web series called Drunk B**** playing an up-beat quirky bff, a short film called Rhine Maidens playing a courageous young woman fleeing from Nazi's and a very tired, overworked roommate in a spec infomercial for "Great Start Mattress".

I'm very proud of the training I've received over the years. In Chicago, I've taken on camera classes with Vagabond School of the Arts ( I look forward to going back) and studied fearless technique at Black Box Acting's The Academy. When I lived in LA, I tried out Anthony Meidl's Actors Workshop for a season and played with classics and contemporaries at the esteemed and award winning Antaeus Theatre Company in in their artistic program, The Antaeus Academy. During my theatrical education at SIUC I was privileged to attend HB Studios in New York for a summer intensive.

I am so looking forward to expanding my creative capabilities as an actor, or rather, a thespian. (Thank you Nick Cage for bringing that back from the dead.)

Choose your own get-to-know-me-adventure. Pick a number 1-3 :

1. I LOVE nature. I took my first ever solo camping trip for my birthday in the Upper Peninsula of MI a couple years ago and accidentally hiked 10 miles up the coast, in the rain, in October. Brrrr. It was a most exhilarating experience. Have you ever solo camped?

2. I adopt glass jars. Any jars that once had food in it and the label is somewhat easily removable, I will save for storage. I'd like to say that it has something to do with the environment but I honestly just enjoy the different shapes and sizes. I get unusually excited to fill one. The last one I filled, I filled with wakame (dried seaweed). Do you reuse food packaging in fun ways?

3. I love expressing myself through multiple art mediums but my favorite is self portraiture... yes it's much different than selfies. There's usually a concept, plan, or theme, involves the use of light to set a mood and the creation of a composition. I always think about how my body relates to the space and what story wants to come through. It kinda seems vain but I'm a Leo so it's not a complete jump from reality. If you were to take a self portrait of yourself what would be in the background?

Here's the quote from Nick Cage about the thespian thing: 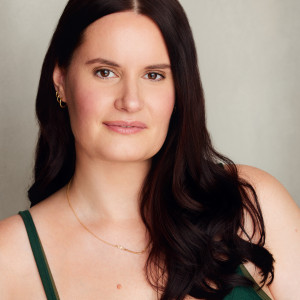