Reading for free ! Until end of Feb.
Tips greatly appreciated ....

I would love to be involved in your process. We can run lines and explore your texts together and get the best take for your self tape. I can also give you tips if you're trying to perfect your British accent .
My favourite part of any production is always rehearsals. I love to have fun and experiment, especially with comedy. I always find 2 heads are better than one when trying stuff out. If you think I'm what you're looking for, get in touch.

As well as acting, I'm a singing coach, with many West End shows under my belt and 11 years touring experience with Cirque du Soleil.

You can also DM me at my instagram
@nicoldawn
or email
nicola.brook@gmail.com

I will be reading for free until the end of 2022
All tips will be much appreciated !!

NICOLA DAWN BROOK
I grew up in Manchester, England. I became a professional actor as soon as I could. Age 11 to be exact, filming various commercials and tv roles. At 14 I was cast in the TV movie ‘The Little Matchgirl’ with Roger Daltrey (The Who).
I started touring with musical theatre companies at 17, performing in Chess, then played the West End in The Sound of Music, and Lloyd Webber’s production of Aspects of Love. My big break came at 21 when I was picked to play the role of Lola in the West End production of Barry Manilow’s ‘Copacabana’. It changed my life.

I was asked to join Cirque du Soleil’s production of ‘Saltimbanco’ in 1996 After the tour, I returned to the UK to continue my stage career in the west end performing roles in musicals such as Fame and Taboo (with Boy George). a few years later I went back on tour with Cirque du Soleil for 3 more years. I was a finalist in series 3 of The X Factor (UK) with the singing group The Unconventionals. Shortly after I was asked to re-create my role in Saltimbanco on a world Arena tour in 2007. This time I met my future husband and we toured with the show for another 5 years together!
In 2012 I immigrated to Quebec, Canada, and was soon cast as Trish in the Canadian Original cast of Kinky Boots. Since then I've been cultivating my career in my new country, performing at the famous Charlottetown Festival for 3 seasons, The Segal Centre - Montreal, St Lawrence Centre - Toronto, and Theatre Calgary in productions such as Bend it Like Beckham, Mamma Mia!, Les Belles Soeurs, Bittergirls and Anne of Green Gables as well as returning to work for Cirque on their resident show, Joyà, in Cancun, Mexico.

I'm now looking forward to getting back to rehearsals after the pandemic. I will soon be performing the role of Mrs. Wilkinson in Billy Elliot at the Neptune Theatre, Halifax. A bucket list role for me!

“Here’s to the light at the end of the tunnel" 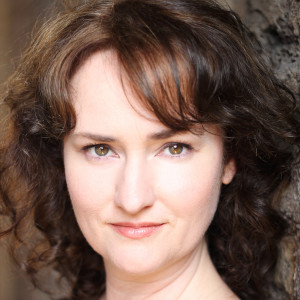