Hi located in LA I have a self tape studio I invested in over the years with high grade lighting and camera equipment guaranteed to bring out the best looking you and your best acting!! So for more details on that text me 818-983-9369 here. Otherwise I am always more than happy to be a reader! I have been acting 3 years now, signed to AKA Talent. I have guest starred in Ryan Murphy’s Hollywood on Netflix as well as played a supporting characters in a couple life time movies. I can offer tips and advice to the best of my ability! But of course will never try to overstep . Lets crush a tape!

Hi i’ve been acting in LA for 3 years. I am manager by Jon Simmons of Simmons & Scott Ent. I am coached by Jon Simmons who has started/managed and coached such star actors careers as Jesse Plemmons, Chad Michael Murray, Colton Haynes. My first film/tv agent rep was with ATB Talent for my first year of auditioning and I had a great learning experience there! I am now signed with AKA Talent with Julie Fulop theatrically and Mike Abrams commercially. My goal is to be a working actor specifically in film/tv and since being with Julie in the new year she’s been truly incredible for me! I have played a supporting lead in a lifetime movie coming out called, Killer Escort, as well as earned my first guest star in Ryan Murphy’s Hollywood. My biggest win to date was going into a producer callback session for a lead in a new HBO Max series, “The sex Lives of College girls”. Going to be a insanely hilarious show! I love this grind, this art, and can’t wait to see what the future holds in store. 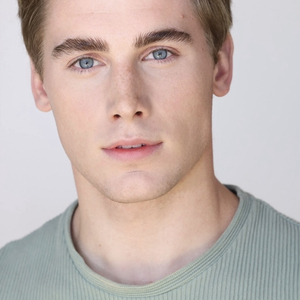