Hey There! My name is Neyla and have 10+ years of behind and in front of the camera work experience. Started off doing commercials, producing, and floor directing for a CBS affiliate in Houston. Then discovered my passion for acting at The Carol Hickey Acting Studio in Austin, TX.

There, I've embarked on the amazing journey that is bringing stories to life. Using our imaginations to really place ourselves in the story and have a human experience through the words on the paper. No dramatization, no schmacting, just those REAL human moments that bring your best self out.
Need one more take? Done.
Need me to change my delivery? Done
We can do whatever you need to help you have that real moment.

I hope to work with you and have faith you'll book what is for you.

Booked & Busy is the motto!

Born and raised in Houston, TX, Neyla has always had a knack for performing. From doing talent shows with friends in grade school to competing in dance and gymnastics throughout the rest of her schooling career. It was in high school that she discovered her love for media, then moving on to The University of Texas at Austin, where she was the co-host of a Texas Student Television show, and later interned at KTMD Telemundo and MEGA101FM. After graduating she went on to be a floor director and producer for KHOU's Great Day Houston. It was there that she decided to pursue acting. In her short acting career, she has done countless of national and regional commercials along with print ads, including, WholeFoods, Ford, Academy, and many more. She has also landed a role on "Murder Made Me Famous" and the short "These Colors Don't Run", that was featured in several film festivals across the country and is currently featured on HBO. When not acting, Neyla enjoys traveling, eating at local gems, and enjoying the outdoors. 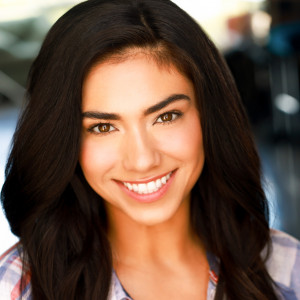