Nea Dune is a multilingual Croat with a rich skillset, wide range and broad age range, 10+ years in the industry full-time.

Néa Dune is a Croatian actress, creature performer and model residing in Los Angeles, splitting time between USA and Europe. Born-and-raised in Croatia (ex-Yugoslavia), Néa moved to USA as an extraordinary abilities alien in the fall of 2015. An award-winning modern renaissance woman, she speaks 8 languages with a great ear for dialect/accents and nurtures a rich skillset. Néa has worked with renowned film directors and creators over the years appearing in various productions, both mainstream and indie. After arriving in Hollywood, it took less than 2 weeks to land her first feature film role (ring girl in Female Fight Club), hair campaigns for Wella, followed by 4 audition rounds over 3 months in Atlanta to play a lovebot in Guardians of the Galaxy vol.2. She first gained recognition through international publications worldwide and vixen roles starting in late 2009, having graced 30+ magazine covers to date. Now SAG-Core, Néa directed, wrote and produced projects in festival circuit gathering over a dozen laurels thus far, including winning a Best International Short Film award for her debut "SlavInLA", currently in pitching for a full project. She is a regular invitee as a judge for festivals and various contests - including the pandemic-timed Hollywood Jumbo film festival and World Monologue Games. Before her move overseas, Néa studied acting at the only English-language acting school in Zagreb - International Arts Center, and continued honing her craft through workshops with respected teachers and industry coaches. Before even starting her on-camera career, she earned two Master degrees, won a Rector's Award for her work and continued with a ph.D. before pursuing her career in entertainment full-time. Néa has been a dedicated volunteer and humanitarian for the majority of her life, aiming to help directly and bring awareness to various causes she advocates for, also having served in the European Youth Parliament for a full decade. Since early childhood, Néa has been spirited and creatively engaged, which followed in her adult years by creative direction and content production, as well as make-up artistry, styling and coaching, all of which she is now certified in. Néa is a trained professional dancer with 20+ years of experience (international ballroom) and aerialist with 10+ (pole, lyra/aerial hoop), specializing in stunts of such nature. She has had a lot of firsts in her career as a Croatian woman and alternative at that, with multiples accolades and awards under her belt. Always on the hunt for new skills, she is a stilt-walker with own characters, mermaid SireNea, archer and lover of various extreme sports, an avid globetrotter using her language knowledge well (native Croatian; Balkan languages Serbian and Bosnian; fluent English, Master degree in Spanish; proficient in German, French and Latin etc.) as a true polymath. 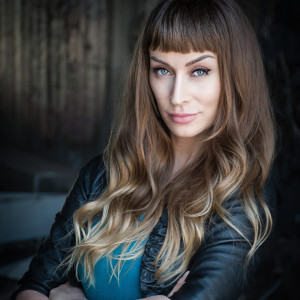