Need help getting more specific in your self-tape auditions? Starting off strong so casting will want to keep watching? I can help with that.

I not only understand the audition from the perspective of being an actor, but also as an actor who was a reader at multiple casting offices. As a teacher at a well known acting studio in Los Angeles, I am very used to helping fellow artists shine to the best of their ability.

Let's create some wonderful and fun tapes together that showcase you!

Most recently, Natalia wrapped filming Survival (2020), a feature, Bosch (2020) on Amazon and Three Families, a feature. You can also see Natalia as a FBI Special Agent on NCIS: LA. More of her credits include Secrets and Lies, as well as the spin-off Criminal Minds: Beyond Borders and as a Spanish Newscaster on Battleship starring Liam Neeson.

Natalia, a daughter of a diplomat is from Colombian and Venezuelan decent. She speaks fluent Spanish and has no accent in English. She has lived all over the world before landing in Los Angeles.

An actor by day, teacher at the Margie Haber Studio by night and relax by lifting weights and toning up.

She is a Jessica Chastain and Thandie Newton type with a cross between Kate del Castillo and Michelle Rodriguez. 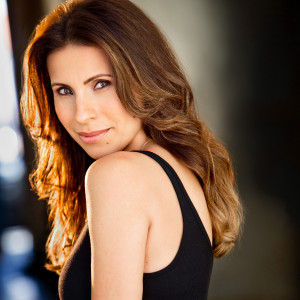