Nanna Ingvarsson is a Helen Hayes Award winning actress from Washington, DC, who currently lives in Cleveland Heights, OH.
She is a member of SAG-AFTRA, and is an Equity Membership Candidate (EMC).

Nanna was nominated for a Helen Hayes Award, Outstanding Supporting Actress – Helen Production for her work as Eileen in the 2015 Scena Theatre production of The Cripple of Innishmaan.

In 2015, she was nominated for two Helen Hayes Awards in the category of Outstanding Lead Actress – Helen Production for her work in 2014 for both The Amish Project at Factory 449, and Terminus at Studio Second Stage. Nanna won the award for her one-woman performance in The Amish Project.

Her previous Helen Hayes Award win was in 1992 for her performance as Janet in the Woolly Mammoth Theater production of The Rocky Horror Show, in the category of Outstanding Lead Actress in a Musical.

Nanna recently started as a voice actor for Graphic Audio voicing parts in titles such as Modern Arthur Trilogy as Morgan, and What Lurks Beneath as Valerie.

Nanna was honored with a Boomerang Fund for Artists grant in 2011, and received a 2019 State of Maryland Individual Artist Award in Theater. 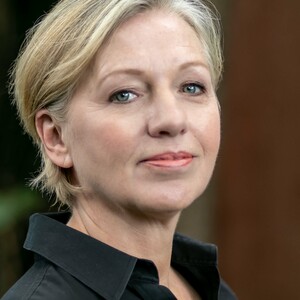