Hi, I'm Nadine. I may be new to We Audition but I've been performing for over 2 decades! (Gah, where does the time go?!)

HIGHLIGHTS:
- BFA in Theatre Performance
- 1 year Directing Focus
- Over 20 years of on and behind the camera experience
- Based in Toronto, Canada.

I'm a classically trained actor with a BFA in Theatre Performance and a Minor in Dance. During theatre school I spent a year in the directing stream and love applying what I learned there to coach fellow actors.

Helping fellow actors nail their auditions, whether you're a seasoned pro or a newbie, is my jam. I've got your back and know that we'll record something awesome together. You've got this!

Nadine Charleson is a classically trained actor with a BFA in Theatre Performance and a Minor in Dance.

Born in Vancouver, BC Canada, she attended the Langley Fine Arts high school where she was a Dance and Drama Major. After graduating from Simon Fraser University she began pursing Film and Television both in front and behind the camera and has been working professionally for over a decade.

Nadine now resides in Toronto, ON, Canada with her music nerd husband and tortoiseshell cat. 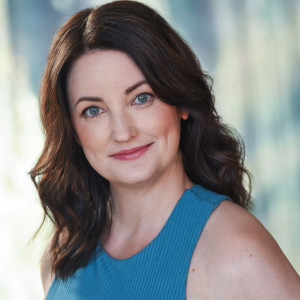 Very helpful and supportive. Thank you! "
"

Awesoem reader! so fun to work with! "