Hey everyone! I'd love to be your reader for your next self tape audition :) Need a cute boy next door? I'm your guy! How about an angsty teenage son? I'm your guy! Need a stoner, skater, hipster, too cool for school type? You guessed it, I"M YOUR GUY! I've been in the business professionally for 6 years, working with Emmy and Oscar winning actors, directors, and producers. Looking forward to getting to know you and helping out :)

Mickey Dolan was born in Chicago, Illinois and moved to Santa Fe, New Mexico in 2013, where he still resides. He is represented by the O' Agency based out of Albuquerque, NM.

Later this year, he can be seen opposite Oscar winner Regina King, Oscar nominee LaKeith Stanfield, and renowned actor Idris Elba in Netflix's "The Harder They Fall." Directed by Jeymes Samuel and produced by Jay-Z.

Dolan can be seen on Epix's "Get Shorty" where he was directed under Emmy winning Colin Bucksey (Fargo, Breaking Bad). Also, you can find him in the second of the Sicario franchise, "Sicario: Day of the Soldado."

Mickey graduated in 2017 from New Mexico's only arts high school, the New Mexico School for the Arts, where he studied acting. He continued his studies at the California Institute of the Arts (CalArts) in Valencia, CA, but moved back to the Santa Fe shortly after to pursue film. He also won the 2017 New Mexico Actor's Showcase in the "17 and Under" category.

In the summer of 2019, he played the lead of Leo in the New Mexico Actors Lab's production of "4000 Miles," under 2 time Emmy award winning producer, Robert Benedetti. He has also worked across 4 time Emmy award winning actress, Michael Learned, in the Santa Fe Playhouse's 'Re-imagining Mary Hunter Austin's 1919 Performance.' Summer 2021, he will be playing Jim Fengal from "The Lifespan of a Fact." 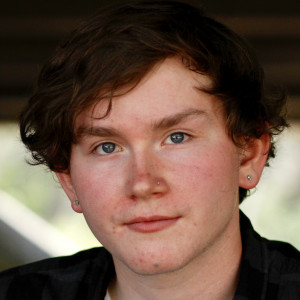