Michelle is an actor working in television, film, theatre, voice over and performance capture. She is also a film/theatre maker.

​She has trained with The Mocap Vaults, PCAUK and Shapes in Motion (in creature/ape movement) for performance capture.

​She has worked across the UK with a base in London and Newcastle as well as internationally as an actress in Hanoi, Vietnam, working as a voice over and

Her recent credits include 'Catherine Eddowes' in Time Works Theatre's production of "The Unfortunates", as a lead puppeteer in Life and Limbs "Dragon", as Celia in Shakespeare Speakeasy's "As you like it" and with Dimension Studios as a motion capture actor on Ridley Scot Associates 'Viking' project.

My favourite role to play would be any sword/gun wielding woman- a calamity Jane or Xena. 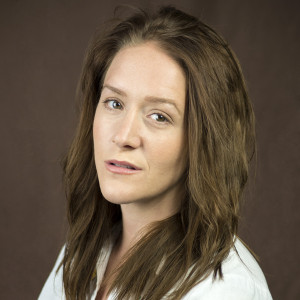