Michael Cipiti hails from The Land, Cleveland, and got his start professionally at the historic Cleveland Play House. He is of Italian descent, with roots in the boot.

Open to portraying a variety of roles, Cipiti still enjoys using his olive oil voice and guinea charm, which he has displayed in Gotti (Carlo Gambino) with John Travolta and Stacy Keach, Chicago Overcoat (Freddy Falzone) with Frank Vincent, The Sugar Wars, a documentary based on Cleveland mob boss Angelo Lonardo, among others.

Michael has also had the pleasure of working on some national commercial spots with LeBron James.

In his spare time Michael is passionate about fitness, and spends a lot of time on the water kayaking.

Michael Cipiti - Michael has worked nationally in TV, films, commercials, industrials, theater and print. Michael has worked as talent, writer and producer, on both studio and independent film and television projects. Although the mob genre is a favorite, Cipiti is adept at portraying a variety of characters and roles. Cipiti has had the opportunity to work with and learn from top industry pros. Whether the role is leading, supporting, or just for the day, Cipiti is a consummate professional, and respects the craft of acting and filmmaking, and displays that by the level of preparation and care he puts into his characters. 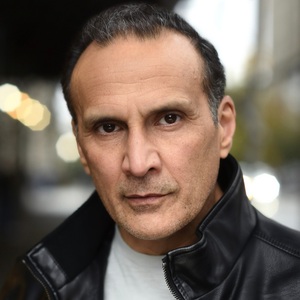