Mia Allen is an award-winning actress and filmmaker based in New York whose acting credits span a wide narrative including commercials for brands such as The Oregon Lottery, HP, Intel, Kroger, Peet's Coffee, and Verizon. Network shows such as NBC’s “Grimm” and “The Wonderland Murders”, as well as a myriad of award-winning short and feature films such as “Zilla and Zoe”, “The Brain That Wouldn’t Die (remake!)”, and “CPR”.

Mia has been studying performance and filmmaking for over 15 years but knows there's no better way to qualify creative endeavors than personal experience. In her work she brings an integral interpretation of every character, looking to relationships as the foundation of all human interest.

In 2018, Mia co-founded the production company, Alight Films, in order to lift stories about humanitarianism, activism, and mental health awareness.

My name is Mia Allen, I am an agency represented actress and model in Portland, OR and NY.
I have a wide-range of acting experience, including commercial, network television, independent feature and short film, music videos, web series - you name it.
Specifically, I seek meaningful and impactful work that inspires and evokes emotion.

In addition to performance-based work, I also direct and produce with my fiancé under our own production house, Alight Films. Under that helm, I am experienced in casting and working directly with brands and agencies, who may be casting you for their production! 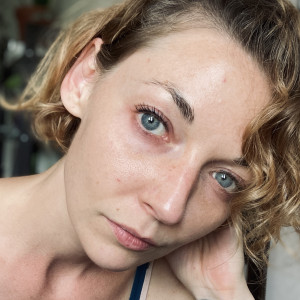