Hello and thanks for visiting! Based in Toronto, Canada, I'd love to read with you to rehearse your scene or to self-tape.

I know what a difference it makes to have a reader that fits the role in the scene. My wheelhouse: mom, wife, detective, lawyer, doctor, guidance counsellor, professional, corporate etc. Comedy and drama. Playing age: late 30s - 40s.

I left a corporate job to pursue acting over a decade ago and since then have been so fortunate to work on films, commercials, music videos, corporate videos, book trailers, voiceovers and theatre productions.

Catch me!
- On AMAZON PRIME in the comedy feature ALMOST ADULTS playing mom to the lead character in this LGBTQ coming out story.
- In various docudramas: Untold Stories from the ER (nurse), See No Evil (best friend), Murder Wall (crime analyst) and Never Say Goodbye (detective).

I'm also an actor simulator with Ryerson University, working with law students focused on developing their interpersonal skills. When not on set, I'm often found in class working with other actors at AMAW Toronto.

Now on AMAZON PRIME / ALMOST ADULTS
Playing mom to the lead character's coming out story in this comedy feature film.

REVIEW / FAMILY GAME NIGHT (short comedy horror)
Meredith Heinrich is a standout. Her timing is excellent and she is truly believable as a suburban mom who is sweet, caring and wants nothing but the best for her family but also has not forgotten the life she had before children.

2019 has been the year of the Docudrama! You can catch me on Untold Stories from the ER (nurse), See No Evil (best friend), Murder Wall (crime analyst) and Never Say Goodbye (detective). 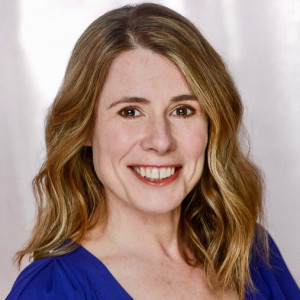