I'm originally from the East Coast but now reside in the greater Los Angeles area. I'm Sicilian and Italian senior citizen who has retired from Corporate America, but I have been acting since I was 16 years old. I studied in New York in the 1990's with Gene Frankel and Maria Greco, and I have also studied in Los Angeles with David Dean Bottrell, Jeffrey Marcus, and Howard Fine. Since arriving in LA I have completed a number of independent films, performed both on stage and in television, joined SAG-AFTRA, and is looking forward to what the future may hold. I have a very relaxed demeanor and make others feel comfortable. So let's have some fun!!!

Since I do not charge at this time, tips are truly appreciated!!!

Mary Cavaliere was born in Hartford, Connecticut, to Anthony & Minnie Pugliese, whose ancestry is from Italy and Sicily. Mary knew she wanted to be an actress at the age of 16 when she saw her first Broadway show, Sugar with Robert Morse and Tony Roberts. Shortly thereafter she became involved in high school and community theater where she performed leading roles such as Sara Brown in Guys & Dolls, Hodel in Fiddler On The Roof, and Mother Abbess in The Sound of Music. She began her professional training in 1992 in New York City with Gene Frankel, an American actor, theater director, and acting teacher especially notable in the founding of the off-Broadway scene. She performed in New York for two years and then walked away from her career for personal reasons. She re-located from the east coast to California in 2004 and in 2006 she worked on an independent film in San Francisco which re-ignited her passion for this art form. In 2012 she re-located from the Bay Area to Los Angeles where her first paying gig was a PSA about diversity for USA Network. She has studied her craft in Los Angeles with David Dean Bottrell, Jeffrey Marcus, and Howard Fine. Since arriving in LA she has completed a number of independent films, performed both on stage and in television, and is looking forward to what the future may hold. When she is not performing Mary can be found following several Beatle Tribute Bands, officiating weddings, and making Sicilian Meatballs and Sauce for her friends. 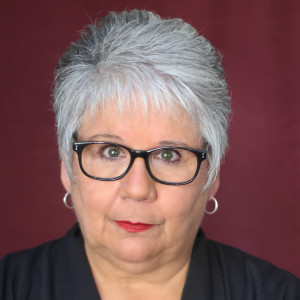 Very patient and attentive, gave great feedback and up for doing as many takes as needed to get it right! "
"

She was fantastic!!!! Highly recommend!! "