I am an actress, voice artist, singer and filmmaker. My latest project, Wounds, will be on Magic One(M-Net), which is part of DSTV. South Africa's largest TV Channel platform, playing the character of Gugu. I have 3 adverts out right now on national television.

I have tons of improv training , I am well versed in dramatic scripts , and because of my love and training with improv, I also have amazing sense of comedy and timing. This means I would be great at all genres that you have to work with, whether it be for a class scene, a self tape or an audition, I am deeply invested and inspired to get the best in character, story and performance from you and our session.

My native accent is neutral South African. I have a strong Southern American, British and I'm in the process of learning the Standard American accent.

Tips and reviews preferred and appreciated.

Feel Free to contact me via email @makhetha1996@gmail.com or dm me on instagram @mamello.makhetha, if I'm not online, if you would like to schedule a reading beforehand.

Now let's get you booked!

Mamello Makhetha is an actress, voice artist, singer, and filmmaker.

As an actress she is fluent in both English and Sesotho. In 2018, she was an actor in a 2-hander melodrama realism play, Raising Sunflowers with Katlego Dikeledi, by Tshegofatso Mabutla. The play was staged at Baxter’s Masambe Theatre.

In 2019, completed a run of Nasty Womxn directed by Dara Beth at the Alexander Bar and Baxter’s Masambe Theatre. She played Marienne and Marienne 2 for the Gin Hedricks Activation. In 2020, she performed in Vagina Monologues, staged by the Sugar Daddy Theatre Company at the Raptor Room. She played Charity in Hannah van Tonder's The Coin, which toured to the Free State and had a run at the State Theatre in Pretoria(2021). She completed a run of Nguvu Ya Mbegu: Entabelanga at Theatre Arts Admin(2021).

She has been a part of various short films. In 2017, she played the role of Ella in Zoe Jancou’s film, Numb. She played the role of Dimpho in Simamkele Mchako’s film, Chemotherapy. Her list also includes: the AFDA pilot telenovela Nothing Personal by Siwongiwe Jozana, where she played Reba. (2015). Growing Pains directed by Katya Abedian. (2018). She was in WOMXN directed by Aimee Jane. (2019). Esiqeni Sakho (The Coven) directed by Ranji Mangcu. (2019). She played Nozipho in Riaz Solker’s Discomfort Zones. (2019). She played Spokazi in Siyasanga Mbikwana’s Life Is Always Better When We Are Together. (2019). She co-wrote and performed the film Stained by Kirsten Gobey. (2020). She starred in Mwanje and Sampha The Great's music video "Wild Ones,directed by Michael Rodrigues and Tarryn Hatchett, which has received international recognition.(2021). She played Gugu on Wounds, 1MAGIC'S medical drama.(2021) Her TVC credits include: RIZK, Santam and Castle Lite(2022). She is set to star in an upcoming Disney Webseries , Pirates(2022).

She has been involved in various voice artist work, which includes work for both Shoprite (2018) and SARS (2018), educational videos for Inclusive Education: South Africa and SmartStart South Africa. (2019). She was also a voice for Sunjin Muftic’s 2019 geo-interactive installation walk entitled Ukubekindlebe for the Makhanda National Arts Festival’s Creative Digital Arts Festival. (2019). She was the script writer and voice over artist for the MySchoolMyPlanet Nelson Mandela Day Campaign. (2020). Her recent voice over work includes Pick n Pay, Spur, and MySchool in collaboration with Builder's (2021). She recently did work for the International Water Management Institute and the Department of Agriculture(2022).

Her producing career includes: production assisting for various AFDA third year graduating productions such as: How to Kill a Girl Named Amanda, Siembamba, both directed by Christian Grobbelaar. As well as, Coup De Grace directed by Bongani Morgan. (2015). She produced Verdict directed by Matthew Coxon, as an AFDA first year film. (2015). She co-produced What Would Sarah Do, directed by Tarania Naidoo for the Bokeh Internatonal Fashion Film Festival. (2018). In 2020, she was a production assistant for the Mafikizolo music video, Thandolwethu and a Liqui-Fruit TVC. She also production assisted for Emilie Badenhorst's music video, Strangers, with Romance Films, which has also received international recognition.(2021) She is currently in development, writing a feature film, which has been awarded funding from NFVF., "Happoly Ever After" with Gabe Gabriel and Loren Loubser.

She is a movement and acting coach at ACT: Cape Town Film Acting School.

She graduated from the University of Cape Town with a Hons Equivalent Ba in Theatre and Performance, specialising in Bilingual Acting. She received a distinction in Acting. (2020). She is represented by Authentik Management. 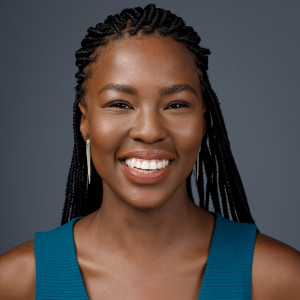 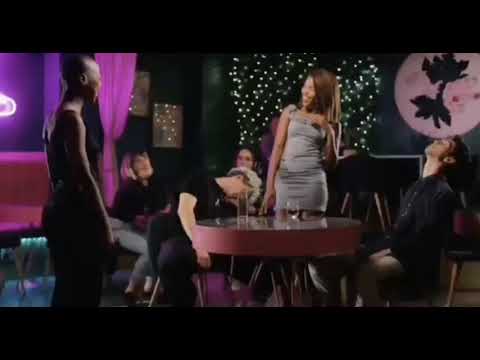 Mamello had some awesome notes on how to nail my comedy scene! Love the results! Highly recommend. :) "
"

She's incredible with Improv!! Just put a commercial audition on tape with her. "
"

Such a pleasant lovely reader! It's my first read on WeAudition and I'm glad it was with Mamello. Super friendly and definitely helped a lot and provided lotsa insights in my very short 1 min monologue. Highly recommended :) "
"

So sweet and helpful, really made the read comfortable and conversational. Love her accent "
"

Mamello is AMAZING! My girl was incredibly supportive, and is much fun to collab with! "
"

Best reader ever!!! Mamello was so engaging and gave great tips on how to work a scene. Thank you so much. Highly recommend! "
"

She's amazing and she really helped me with my audition "
"

Mamello is lovely and friendly - really insightful and great to bounce ideas around with. Really have for the help! "
"

Many thanks for the quick read! "
"

Mamello was so kind, gave such sound advice on working on original material & was so present with me while trying to figure it all out. Thank you so much!!!!!! :) "
"

Insightful, helpful, curious, and incredibly positive reader. Thank you so much Mamello! You really helped me today. -Nina "
"

So attentive, easy to work with, and super generous! Great notes too! Thank you!!! "
"

Fantastic reader and collaborator—understood characters and intention of scene so quickly and was a wonderful support to my self-tape audition! "
"

Mamello is such a joy to work with! Very relaxed and confident making me feel the same. "
"

So friendly and a fantastic reader. Very instinctive and takes direction very well. "
"

Great reader :) Very skillfully cold-read a chaotic Shakespeare scene with me and was generous with time, drilling lines over and over again til I got them down! "
"

Mamello was warm, patient, generous with her coaching, and a pleasure to work with!! Absolutely wonderful experience. Can't wait to work with her again!! "
"