Hi there! I'm a New York based actor who has worked on TV, film, Broadway, and Off Broadway.

For many years, I've been an audition reader for several major casting offices in New York. Whether you want to work on lines, break down a scene, or work on spontaneity and presence, I've got you.

TV credits include guests stars on Bull, FBI: Most Wanted, The Good Wife, Madam Secretary, and Elementary. On stage, I've performed in The Heiress (Broadway), as well as Off Broadway with Cherry Lane, Ars Nova, Tectonic Theater, Wheelhouse, and others. I received my MFA from American Conservatory Theater in San Francisco.

Mairin Lee is a New York based actor who has worked on TV, film, Broadway, and Off Broadway.

Her TV credits include Bull (upcoming), FBI: Most Wanted, The Good Wife, Madam Secretary, and Elementary. She made her Broadway debut in The Heiress, and has performed Off Broadway with Cherry Lane, Ars Nova, Tectonic Theater Project, and Wheelhouse Theater. Regional credits include Antony and Cleopatra at the McCarter, directed by Emily Mann, as well as shows with the American Conservatory Theater, Two River, Wilma Theater, and Pennsylvania Shakespeare Festival, among others. Her film credits include Zero Issue, Ascension Day, and a starring role in the independent film Marcy. She received her MFA from the American Conservatory Theater. 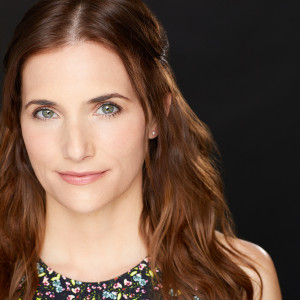 Mairin is a fantastic reader, So helpful!!! "
"

Fantastic reader and very easy to work with. Highly recommend! "
"

Very grounded reader. Solid ideas and helpful to work with!! I'll be back:) "
"

Helpful, patient and kind. Thanks Mairin! "
"

Great intuition! I typed up a scene from a movie and she said the lines exactly like her character in the movie lol and she said she's never heard of the movie before "
"

Truly amazing!! Such a good reader and coach. Highly recommend! "
"

Mairin is a exceptionally skilled actor and cold reader! "
"

Woow!!! She was amazing. Exactly what was needed for an intense audition. ☺️ "
"

Mairin is a working actor and that is no surprise. A consummate professional. She had a great take on the character right away. Asked smart, relevant questions and was the PERFECT scene partner. Thanks, Mairin! "
"

Great! Really cared about the scenes she read with me and that really helped me! Will definitely use her again! "