Hi!!
I love rehearsing and I'd love to help you prepare sides and self-tape. I have no problem with reading as many times as you need until you're comfortable and happy with the work.
I'm fluent in English and Spanish.
Originally from Cordoba, Spain.
Let's connect!

I'm a Sag-Aftra actress born and raised in Córdoba, Spain. I have a Bachelor’s in Audiovisual Communications and a Post-Graduate Diploma in Entertainment and Media Management from UC Riverside in association with The Los Angeles Film School.

In eight years in Los Angeles, I have trained at the Actors Comedy Studio, the Meisner Technique at Playhouse West, Improv Comedy at Playhouse West Comedy and UCB Theatre, Cold Reading at The Lyndon Technique and Brian Reise Acting Studios. I won several Awards at the 10 Minute Theatre Festival with the original play The Smiths written by Marie Montgomery, and I also played Ariel in the play Las Niñas Ya No Quieren Ser Princesas by Borja Texeira at The Brisk Festival in Los Angeles which got to the finals in the Spanish category winning Best Script. 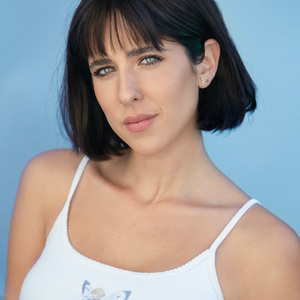