My name is Lys Perez (she/they) and I'm a SAG-AFTRA actor based out of Los Angeles.

I love helping my fellow actor connect with their authentic self inside the world of the material. I'm available to help you with:

When I'm not online email Alyssa.Ariel.P@gmail.com to schedule.

Born in Downey, California and raised in various cities across Los Angeles County, Lys Perez is a queer, Latine, actor, director, and writer who has never looked back after leaving a full-time, corporate finance career for a fresh start as an artist.

Lys was selected to perform in the 20th annual Disney (ABC) Television Discovers Talent Showcase in 2021 as part of the Los Angeles cast. She currently stars in two web series, Functional and The Fortnight now streaming on Youtube, and will be making her directorial debut in two episodes of Functional Season 2 premiering December 2021. Official Latino Film and Arts Festival recently nominated her for Outstanding Performance by an Actress in a Webisode/Sketch that she directed for Functional. She has starred in riveting theater productions including Just Like Us with The Latino Theater Company, Womxn in Herstory from Chicanas Cholas y Chisme of Casa 0101 Theater, and Eastside Queer Stories from Q Youth Foundation.

Lys's primary goal is to uplift the stories of marginalized people through authentic storytelling and complex representation while having a damn good time doing it. 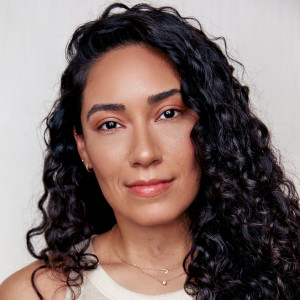