I'm an actor from New York City! Here to keep sharpening my skills as an Actor and student of the craft.

I've trained at Harlem School of the Arts, Upright Citizens Brigade Theatre, The Barrow Group, One on One Studios, Susan Batson Studio and The Pit.

Looking forward to meeting and working with you all!

Native New Yorker Lynnese Page got her start in theatre at the age of ten in Harlem School of the Arts under the tutelage of Alfred Preissier.

Since then she has performed in numerous stage productions for Ensemble Studio Theater, Harlem School of the Arts, American Place Theatre, Knockdown Center and Perishable Theater.

She has made appearances in the HBO television series How to Make it in America, Netflix series She’s Gotta Have it, Netflix series Wu-Tang: An American Saga in addition to being featured in several print ads for Levis, Tarte Cosmetics, and Badoo.

Currently, she is working on a monologue series and performing in visual art exhibitions throughout New York. 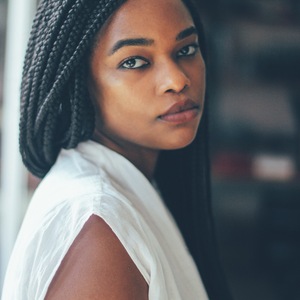 Had a fun time with Lynnese! Great energy. "