She will star in 2022 's UK Call My Agent and was previously listed as one of IMDB's top 500 actresses in the world on starmeter.

She regularly auditions and tapes herself and has been cast by London’s busiest casting directors. Lucy has featured in The Guardian, Telegraph, The Stage and more for her acting work.

Her clients have landed roles in on screen projects for Netflix, Amazon and HBO as well as coaching actors to prepare their roles on major prime time television and film projects including those for BBC and Netflix.

Are you working on an important audition? Want to elevate your confidence to accelerate you on your way to success with some genuine, gentle audition guidance from an experienced, professionally trained TV, film and theatre actress. Just give me a shout.

I've been acting in TV and Film for 7 years with recent TV credits including HBO's Game of Thrones, Hanna on Amazon Prime, BBC Comedy's Tracey Ullman's Show and Our Girl.

TV and Film actress confident with an array of accents including American, RP, British northern. Recent TV credits include HBO's Game of Thrones, Hanna on Amazon Prime, BBC comedy's Tracey Ullman's Show and Our Girl. Film credits include Universal Pictures' Death Race Beyond Anarchy and various award winning shorts and independent features. I also have my own self taping business selftapepartner.com where I've learned the shrewd, attentive feedback that can be helpful for a successful audition.

The self tape tips and audition techniques I’ve learned from my coaching business The Self Tape Partner are ripe for sharing and I’d be delighted to help read in with you and brush up on your scene work, auditions and tapes. 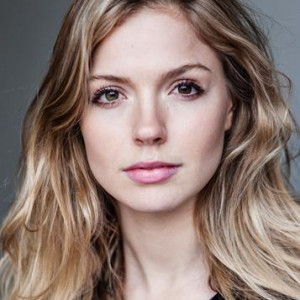 Rockstar! So easy to work with, supportive, and kind Lucy you the bomb! "
"

Lovely to work with! Great coaching. "
"

Lucy is so awesome, attentive, and gives great constructive feedback that makes the work more specific! Thank you! "
"

I always shoot my auditions with Lucy if she is on! great reader and just so easy to work with :) tnx friend! "
"

Really lovely reader! She gave some amazing tips and really helped me feel relaxed with my performance. Thank you! "
"

Lucy was great! Provided a good read and thoughtful notes on emphasizing the beats in the scene. Thank you Lucy! "
"

Lucy is such an asset before any audition. She has a great insight, gives you fantastic ideas to play with and offers incredible direction. If you are looking for some tips to help take your scene to the next level she is the person to choose! Highly recommend. "
"

So great with suggestions and specificity. BOOK HER! "
"

Such a gem! Really great reader and has a warmth that immediately puts you at ease. Thanks Lucy! "
"

So so lovely meeting you and working with you thank you so much you're so sweet! great tips too! "
"

A wonderful actress and an incredibly generous reader and supporter. Thanks so much, Lucy! "
"

Lucy is great, very calm, gives great notes and easy to read with. Thank you and look forward to the Sunday roast soon "
"

Great reader. thank you so much "
"

Lucy was great! Very patient with my technical issues "
"

Lucy was amazing and I can't wait to see her on the big screen! "
"