Logann is an actor and Festival Winning, published playwright who graduated from Montclair State University with a BFA in Acting and a minor in dance. Logann has been on the stages of NYC, as well as in many of the productions that film in NYC. They have performed in 3 seasons of The New Short Play Festival, and in Alternative Theatre Company’s Altered Minds and Believability series. They aim to write pieces that represent underrepresented communities, and challenge audiences to step into a world that might be unfamiliar to what they know, allowing their minds to be opened. Additionally they are a comic, model, dancer, and activist. Logann was photographed for Peter Bussian’s book, "Trans New York: Photos and Stories of Transgender New Yorkers.” They are featured in an exhibit about the importance of pronouns, at the new Planet Word Museum located in Washington D.C.

Lori Finkel is an NYC actor with a BFA in Acting from MSU. She taught acting to adult with disabilities and has experience as a director and reader. She has worked kn TV, movies and theatre. She has stidied with some of the best teachers in NYC. Lori known for her work on Dissertation Station (2015), The Knick (2014), Garden State (2004) and Strip Search (2004). And in the off Broadway revivals of Friction and Rehab. She will be performing on Theatre Row this winter in Concrete. 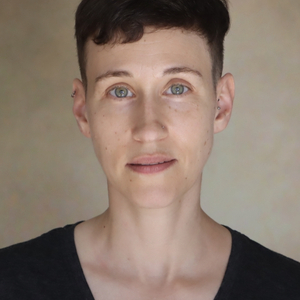