Hello!
I'm Liz Days, a New York City based actor, comedian, and native English speaker. I'm Meisner-trained at the William Esper Studio, have experience playing with both comedic and dramatic scripts & characters, and I'd love to be your reader for stage and screen!

For over 10 years, I've helped friends prep for auditions (as well as self-taping for my own). I've been told that I'm a fun & energetic scene partner and good at talking through the details of the scene (when invited) to get to the meat of what's happening. I'll assist in whatever way is helpful to you (reading, discussing, line-memorizing, experimenting with the text, improvising...). Just let me know!

If you don't see me online, drop me an email at lizdays@yahoo.com so we can set up a convenient time. :)

I look forward to reading with you!

As the co-producer/host of "Liz & Missy's Comedy Party!!!" -- a themed standup comedy show that ran for 2 years on Manhattan’s Lower East Side -- she created some of the quirky & endearing characters that became her solo sketch show "Flighty Connections!" She performed it to sold-out audiences at the PIT in NYC and as a fundraiser for her own arts high school in New Haven.

Upcoming projects include her comedic role as the un-woke co-worker Pat in "Payroll" (campsightstudios.com / YouTube Premium);  bar regular Jade (and other roles) in a new adult animated comedy show; Isla in the feature film "City of One" by comedian Andrea Ilene Shapiro; and 2 dramatic turns on the ID Network.
Liz is the wife of a good ol’ Brooklyn native, the child of interracial love, and a proud maple syrup enthusiast. 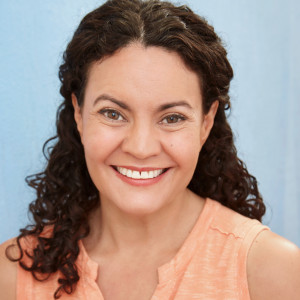 Liz is fantastic! a great reader and has wonderful feedback, she really helped me get a hold of my character and make specific choices. Highly recommend! "
"

Absolutely a wonderful and supportive reader/actor! She is kind and just has wonderful energy that makes you want to keep working with her. I'm so glad to have found Liz! I look forward to working with her again real soon! "