Natural and articulate reader who provides actors with a safe space to be authentic in their auditions. I take direction well and can adjust to the actor's desired pace and tone, without distracting from the performance. Acting is one of the most courageous professions out there. I love the craft of acting and I see being a reader as a way to contribute to creativity and great storytelling. May we all continue to be booked and prosperous!

Lisha Hackney is an American actress who was born in Jacksonville, TX as Earlisha Hackney. She was raised in Frankston, TX, a rural town in East Texas. One of her favorite childhood memories was riding four-wheelers and imaginative play in the deep Piney Woods. Lisha first began performing in beauty pageants as a child. She quickly became exposed to multiple avenues to develop her gifts as an artist. Once she began attending public school, she was selected in elementary school to be a member of the leadership organization called PAL, then elected student body president in middle school, and graduated in the top 5% of her high school class. In addition, she continued to fuel her love for performing through playing sports, school clubs, UIL competitions, and academic organizations. After graduating high school, Lisha enrolled at Baylor University.

Because of her passion for public speaking, her early ambitions leaned towards law. Her early childhood experiences and work with Communities in Schools launched her desire to serve as a voice for economically disadvantaged youth. Though she had been performing since childhood, she didn't see acting as a career option until she began studying Psychology and Criminal Justice at Baylor University. It was her theater, Greek mythology, and Psychology of acting classes that sparked her interest.

Upon receiving her Bachelor of Arts, Lisha decided to pursue acting instead of going to law school. Lisha won the best actress award for her role as Ani in the short film Moment After That (2019) at the Rack Focus Film Festival. She made her feature film debut as Clarissa in the critically acclaimed film Miss Juneteenth (2020), alongside Nicole Beharie. 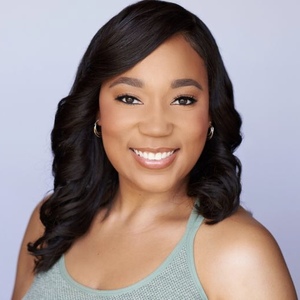