Hello Fellow Actors! I'm in Los Angeles and I love to read and analyze scripts. I'm a quick study, I love acting, and I'm easy to work with. My goal is to help you find the rhythm of your scene so you can relax and give your best performance.

Grateful to have booked co-starring roles on "The Newsroom" and "Masters of Sex", recurred as a judge on the Shondaland Show "For The People", and starred opposite Evan Williams ("Versailles") in the film "The Fortune Theory".

I wrote, produced and starred in a comedy web series in 2019, which has won NINE AWARDS and has over 9000 VIEWS! It was a privilege to work with A-Lister Indy Saini ("Gemini Man") and Jill Maxcy ("Council Of Dads"). Here's the link to our YouTube channel if you'd like to take a look: https://bit.ly/2z3GihZ

As a middle-aged lady, I have a 20-year theatre background in Chicago and Los Angeles, and have studied Meisner Technique in both cities. In Los Angeles I've taken audition technique classes at BGB Studio and Margie Haber Studio. I've also coached privately with Amy Jo Berman, James Eckhouse, and Christy Faison.

"RehearseNOW" is FREE and a REVIEW is appreciated 😊
More info at lisatemple.com
Let's have some FUN!!

Hello 😊 I’m able to tell tall stories in a single bound, playing brave characters full of heart. You might say I’m a Lawyer, Teacher, Cupcake Baker. As a middle-aged lady, I have a 20-year theatre background in Chicago and Los Angeles and studied Meisner Technique in both cities.

In 2019 I wrote, produced and starred in the web series "Judgment Call, A Series About Mood Swings!" It was a privilege to work with A-Lister Indy Saini ("Gemini Man") and Jill Maxcy ("Council Of Dads"). Our series has won 9 AWARDS and has over 9000 VIEWS. Here's the link to our YouTube Channel: https://bit.ly/2z3GihZ

You may have seen me as Judge Erin Engel in the Shondaland TV Show, "For The People." Or maybe you saw me as a patient in "Masters Of Sex." While shooting "The Newsroom" as an FBI Consultant, I had a blast with Jeff Daniels in my ear, and got to shake hands with Aaron Sorkin. Wow.

My film credits include several maternal types, including a plague-stricken mother and a Senator’s wife, roles I can totally embrace. I loved playing the boss of Evan Williams ("Versailles") in the rom-com "The Fortune Theory". And I was a grieving mom in a new documentary style feature called "Allegedly."

My stage credits include the wonderful role of Beth in "Ordinary People," the grieving mother Nancy in the award-winning British drama "Frozen," and the crazy seductress Hillary in "Modern Drama," a society wife who always has a drink in her hand.

I always wanted to perform Shakespeare, so I took a five-week Intensive Program at Theatricum Botanicum in Los Angeles, digging into the language and character work. It was a great experience playing the Nurse in "Romeo and Juliet," Lady Constance in "King John", and Goneril in "King Lear."

It was great fun doing time in Chicago, and I’m so grateful for those years because they helped me build a strong foundation for my acting career. While there I studied the Meisner Technique for four years, completed a year-long Acting Intensive, where I took three classes a week and really explored the craft of acting. And I got my SAG card in doing commercials! 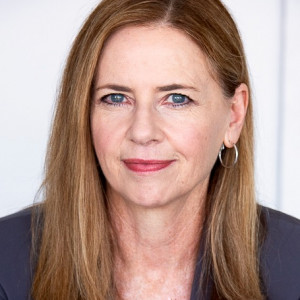