I grew up in Kent, in England and have a native accent similar to RP.
I'm a character actress, typically doing comedy so if you want comic timing I'm your gal! Think Miranda Hart/Michael McIntyre/Melissa McCarthy. I can also be motherly/sincere so if its an emotional scene, I can do that too.

An audition is your time and space to shine, I'll be there cheering you on by reading with you.

I just graduated from The Bridge TTC. Previous training includes Rose Bruford College and I have an undergraduate degree in Film and Drama from the University of Kent. A film I produced was nominated in the Trendsetter Category in the London Liftoff Film Festival. A film I was in as an actor and that I worked on as a sound operator won 4 awards in the 48hrProject London Film Festival in October last year.

Currently based in Kent but I have bases in London, Cambridge, Dundee and Coventry. I typically am a comedy actress but love drama and particularly period dramas. I have APC Basic certificates in stage combat. I previously worked as a commis chef, so love to cook and bake in my spare time. 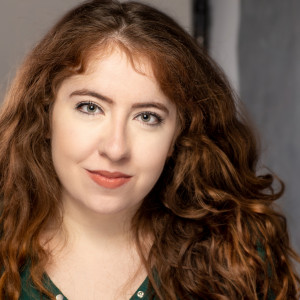