Lisa Charlotte Friederich is an actress, writer and director based in Berlin. After graduating high school as top student of the year, she was accepted at one of Germany’s highly competitive state-approved acting schools, the Academy for Music and Performing Arts Stuttgart. Her diploma was followed by a wide range of appearances in both stage productions and feature and television film. After leaving the company of Theater Lübeck, she started her studies at the Institute for Applied Theatre Studies Gießen and worked as assistant director for composer and director Heiner Goebbels. In April 2019, her first music-theatre-piece “Castor&&Pollux” (director and librettist) premiered at the International Music Festival Heidelberger Frühling. She received numerous prizes and grants including the Hessischer Filmpreis in 2016 for “Fritz Lang” (she plays the female lead), the grant for Performing Arts of Kunststiftung Baden-Württemberg and was fellow of the stART-Academy of BayerKultur.
In 2020 her debut film LIVE premiered on festivals and in digital cinema. The dystopian film describes a world in lockdown and was caught up by reality only weeks afters its premier at Filmfestival Max Ophüls Prize when the Corona pandemic hit Europe. It was critically acclaimed for its „prophetic“ quality and won the feature film award at LICHTER Filmfest Frankfurt International. 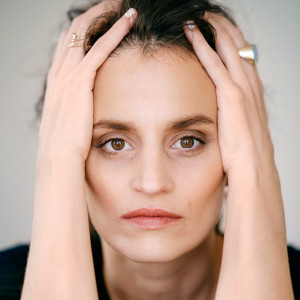