Hi! In addition to being a working actor, I have extensive training in the art of auditioning (Tom Todoroff and The Michael Shurtleff Guideposts, Karen Kohlhaas - Fearless Cold Reading, James Ciccone TV/Film auditioning).

I was a guest acting coach on a Glamour digital short recreating the diner scene from "When Harry Met Sally" plus I am a group fitness instructor (+10 years) so my vibe is upbeat, relaxed, positive and focused.

Lindsay Brooke Davis was born in Queens, New York to Dale Davis, an elementary public school guidance school counselor and Martin Davis, a salesman. She grew up on Long Island as a high honor roll student studying jazz, tap and ballet, performing in school musicals, and playing violin in the Suzuki program. Lindsay gave up the performing arts to focus on sports, another area in which she thrived, earning All-County basketball accolades plus All-State and an All-American nomination in soccer.

Lindsay was pre-med, majoring in Biology & Society, and on the Varsity Soccer team at Cornell University when she found herself feeling the draw to the performing arts & literature. Her roommate suggested she audition for "Anything Goes," Cornell's original musical theatre group (founded in 1993) and she became a member, performing selections from a few of her favorite musicals: Chicago, Rent, Chess and more. After earning her B.A. in English from Cornell and while working at New York Magazine, Lindsay went for an open call for "The Donkey Show" (dir. Diane Paulus) musical and while she didn't book the show, she made it to the final 10 out of approximately 250 auditioners. She was so inspired by that experience and in the wake of 9/11 (at which point she was considering law school and took the LSATs) she decided to devote herself to acting and pursue her passion as a performer as a career.

Lindsay dove into training with some of New York's elite acting coaches and performed in short plays, open mics, poetry slams, and an abundance of student films at NYU, NYFA and The New School. Her first TV role in 2008 was a guest star on the IFC series "Z Rock". She joined the theater troupe Ticket 2 Eternity and began writing, producing, directing, and starring in her own plays. Actors currently working in Hollywood who have appeared in Lindsay's plays include OITNB's Christina Toth and Jake Green. Lindsay went on to perform in over 25 works of New York theatre, from eclectic musicals and comedies to serious dramas. She also drew on her years studying in Cornell's prestigious English department and became a leading theater critic for Passport Magazine's Broadway Blog, reviewing Broadway, Off-Broadway, festivals, and cabaret performances. She had commercial and legit representation, booked several leads in TV and film, and gained industry experience while working for five years in programming as the Executive Assistant to cable channel BBC America's COO and GM.

In 2019, Lindsay decided to take her talents across the country to LA and pursue her career in Hollywood. Since moving west, she has booked a lead as a drug & alcohol counselor in the surprise hit Vimeo Staff Pick short film "Intake" and is featured in both a SmartyPants Vitamins commercial as a drummer and the successful musical artist Yung Gravy music video as "Hot Mom Next Door" with over 2 million views. Lindsay has also been teaching fitness classes to adults for over a decade. She models for yoga apparel, is an on-camera cycling trainer for Bowflex fitness, and worked as the on-camera host for the top fitness convention, IHRSA 2021. Lindsay's behind the scenes west coast work includes on set producing for one of LA's top fitness video production companies and working in Health & Safety on the production crew of the top network drama, 9-1-1 S5.

Lindsay is currently attached in a recurring role to the series POE in development with Luminetik Studios. She is repped across the board in LA by BMG Talent. 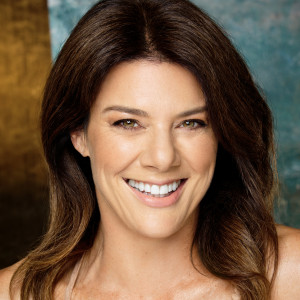 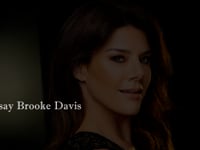