Hi there! So nice to meet you and congrats on the audition, you working actor you;)

I have been involved in film for over four years and have won the Best Actress award in Georgia for the state One-Act competition (since I'm from Georgia I can also do a mean southern accent). I am also currently studying as a theatre and film major at the University of Southern California!

I also work as an intern at an agency!

I would absolutely LOVE to read with you and make you look as good as possible. Let's get you booked!'

PS - even though I'm doing this for free, if you're happy with our work together, a tip (and a review!) would mean the world<3

Lexi Minetree is known for (Dis)Connected (2020), Transmission: Revolution (2017), and Lemon Made (2017). She has been doing theatre and film for over four years and won Best Actress in Georgia for the state One-Act competition. She is currently studying as a theatre and film major at the University of Southern California. 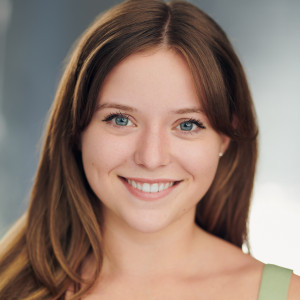 Lexi was awesome! She played a 13 year old in my script and nailed it! Highly recommend. "
"

Lexi was amazing. Great personality, she asks great questions to give you the best reading. "
"

Lexi was such a great cold-reader and had such wonderful energy. Thanks! "
"

AMAZING READER! Lexi had excellent timing and pacing that allowed me to react as the character. Super encouraging and chill. Would love to work with again! "
"

EXCELLENT cold reader! She was able to read different characters with such specificity that helped a lot during the takes. Also, very patient! Thank you, Lexi! "