Hi.
Originally from the South Pacific.
Was trained at Stella Adler Conservatory LA
Worked in Theatre, Film and Voiceovers mostly internationally.
Willing to help if you
-need a reader to run lines with and rehearse for projects in class, workshops, film and theatre.
-Help with memorization.

My name is Leon....I am a San Diego based actor .....Currently non union....Studied at the Stella Adler Conservatory and also trained in many other techniques....I have worked in theatre,film and done a few voiceovers over the past couple of years.. 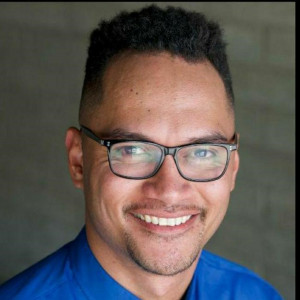 Leon was fantastic! He helped me rehearse lines before heading to set tomorrow and did a great job both running lines and being the encouraging voice that I needed. Highly recommended! "
"

Thank you for your patience and willingness to run the same three lined scene a million times, lol. "
"

LEON IS AMAZING! THANK YOU SO MUCH FOR RUNNING LINES WITH ME!! "
"

Leon worked with me on a scene for class and was a great reader. Thanks, Leon :) "
"

Great reading, listening, and Leon really tapped into the tone of the piece. Good reader! "