Nice to meet you !

Ive had this happen once, where it gives me two at the same time and when I press confirm it agrees to both. if I don't show up its because my system has glitched out. sorry if that happens.

I'm Lauren Hutchins can't wait to be your reader today. I had my first professional acting job when I was 11 and have been working since, on film and in theatre. I have been professionally trained in NYC at the American Academy of Dramatic Arts. My goal is to always have a truthful raw approach to acting. I have a history in improv comedy and hard drama's. What makes you tick, so that we can have the most truthful audition possible. I am not one to give input on someone else's acting unless you want my input to help. My job is to make you feel confident and comfy! I have been an experienced reader for many projects and also help my acting friends, and husband tape all the time.

-> is your audition truthful and showing your soul?
-> Is it engaging?
-> are you making stone choices to make you stand out from the crowd?

Can't wait to work with you!
Venmo: @thelaurenhutchins

Lauren Hutchins was born May 6, 1999 in Nashville TN. She spent her time growing up involved in the arts, having her first small-screen role by the age of 11 in "Veggie Tails". She continued to study Film Production throughout high school. During this time Lauren played 'Savannah' in the Movie "Remember The Goal". After graduating she attended Belmont University's Film School, studying directing. Although she loved film school the art of acting was calling her. After a year at Belmont, she attended The American Academy of Dramatic Arts where she received her acting training. 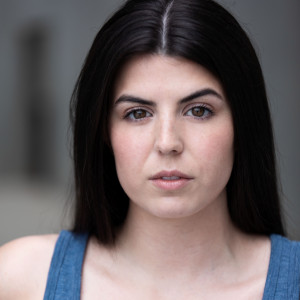 Lauren was patient and a lot of fun to work with. "
"

Lauren was such a joy to work with! Loved her support and energy. "
"

Lauren was such a great reader! Lovely to work with and very encouraging. I was rehearsing & she was super patient with & gave me helpful tips ! Ahh! Thansks girl! "
"

Lauren is fun and creative to work with! "
"