As a reader I want to be able to jump in and help you without wasting your time. I am not here to tell you how to do your character or how to ACT but to just be here as a supportive scene partner. I am introverted, an INFP. I won't waste your time saying I need to read your script first. I will just start reading it with you. The objective being to help you practice and help you get the role.

About me:
* Theater Business Economics Degree from McDaniel College- Stanislavski, O'Neil. Training in Acting, Directing, and Dramaturg.
*Masters from American University, Washington DC in Performing Arts Management
*Law Degree Catholic University focus Communications Law, Copyright and Trademark (I am not licensed and resigned).
*Script Reading Class UCLA Extension 2003
*Certificate in Digital Media (Digital film making) from Santa Monica College and also training in film making including directing.
*Certificate American Academy of Dramatic Arts Summer Program 2006 (I felt I had something to prove.)
*Casting workshops and cold reading workshops with various teachers and groups in Los Angeles including taking classes at AFI Conservatory, and David Rountree.
*Voice and Dialect Classes at Santa Monica College.
*Years of experience on sets as a background artist, stand in, and actor.
*See my credits on IMDB and also Actors Access, but I have had three shorts in Festivals and been on major TV studio productions.

I see cold reading as a game so it is fun to me to just start reading something. Over the course of the Pandemic I sat and recorded myself reading every SHARKESPEARE SONNET, all 154 of them. I kind of started at the same time that Patrick Stewart It was an interesting exploration into the creative mind of the BARD. It was also great reading practice.

American University has one of the only Performing Arts Management programs in the country. I studied TV acting as part of my Masters training. I was an intern for the Washington Area Lawyers for the ARTS and also a CASTING INTERN. I tried to help actors at AMERICAN get work and in the process learned the casting process. I assisted the casting agent for the BATMAN ROBIN film at an open call for a national search for the NEW ROBIN in Washington DC in the 90s.

I am PHI BETA KAPPA, ALPHA PSI OMEGA, and MENSA. I went to Santa Monica Collège to learn the how to of making movies without the expense of a major university. I was invited while at Santa Monica to be an honor student. My GPA was 3.6.

I have studied both script writing and script story analysis. My teacher at UCLA recommended me to judge scripts for the Script writer's network. I know how to break down a script both as an actor and as a film maker. I have read SYD FIELD, The Writers Journey, and been exposed to the CAT.

I also write scripts and poetry. I am into horror, thrillers, dramas, Shakespeare, Edgar Allen Poe, and Vampire shows and movies. I like material that makes you think and feel. I am a SHERLOKIAN. I have read the complete works of DOYLE. I love the WEST WING and STAR TREK. I guess you can say I love language and Democracy. I can handle the language of SORKIN.

I am SAG AFTRA, Phi Beta Kappa, and Mensa. I am originally from Maryland though I have lived in Los Angeles since 2002 and it is my home now. I was a Maryland Distinguished Scholar. I tested as having the reading ability of a 12th grader in the 6th grade, so if you are looking for someone who can handle language like Sorkin, I may be your person. I love cold reading. To me it is not scary, but a challenge.

I have a theater degree from McDaniel College and a Masters in Performing Arts Management from American University. My Theater teacher in college was an expert in Eugene O'Neill and invited me as s junior to be in a senior class on the Playwright. My theater professors were big on if you read a play, you acted part of it, directed part of it, or practiced being a dramaturg. We would do scenes or monologues from every play we read. I have done a lot of O'Neill, Shakespeare, and Modern Drama that way. We also made masks to do Greek plays. I trained in Modern Drama, Classical theater, and also dialects. I spent part of my life travelling around the south, so southern accents and UK accents are in my can do bag.

I have a certificate from the American Academy of Dramatic Arts 2006. I have studied Lessac vocal exercises. I have also studied at the SAG AFTRA AFI conservatory and with various cold reading teachers in Los Angeles. I have done Casting workshops pre Pandemic.

I also worked on sets for five years doing background work and it was how I paid my rent when I found out in 2005 that I had breast cancer. I am experienced on a set as actor, stand in and background. I was cast in my first UNION audition in 2011. It is a vampire horror short called A.B.S and was in over a dozen film festivals, and also on Cable in Tampa Florida. It can now be found on YouTube. It won multiple awards.

I also got my third SAG audition in 2011 "Chemical 13." That film is also a horror film and was also in various festivals. It was on SHORTS HD TV in a best of after the Super Bowl in 2012 and was at one point on ITUNES and at Shriekfest in Los Angeles. It can now also be found on YouTube.

I also did a film when I was non union called Beauty that was at the Ventura Film Festival 2011.

I am also trained in digital art and editing. I have a certificate in digital media arts from Santa Monica College. I have also worked crew on various student films and worked as a set photographer. I have been a performing arts journalist. I write poetry and film scripts. I am a Democrat. I trained in TV FILM acting at American University before coming to California. I also have a law degree but I am not licensed to practice. I gave my license up. I had cancer in 2005 and have an auto immune disease.

I produced and directed a film called "THE MONSTER" about my experience with Breast Cancer and submitted it to a PSA competition for STAND UP 2 Cancer in 2008. I am actually in the PSA for the First SU2C telethon in the scene with Jodie Foster.

I blog about the arts as ARTISTICHOPE.COM and also my film making can be found at womenlovepeace.com. i legally OWN the names. They are my business names registered in Los Angeles. I have a business License so I am not a freelancer and was trying to build a solo business as a writer and digital media creator in the arts and entertainment.

I make my own little you tube show that is kind of blog essay on things that make me think. it is called "Cognition" and inspired by a book by Michael Gelb on Da Vinci. I do not copy Gelb or steal from him. I just want us to think more and expand our minds. I use the concepts of Da Vinci to explore issues that concern me in the hope I inspire others to think and question. I have talked about the Renaissance and COVID, TREK and Socialism, Confederate Flag (not a fan), and more to come. I am driven to inspire and make the world better but I do not like conflict and I am a woman with my own mind. I do not want to force myself on others but to just share and see what happens.

I was a gifted Social Studies student in high school so history, culture, psychology, how people live has always fascinated me, but I am also introverted. My motto: I love everyone but trust few. I love people but I am fine with being on my own and prefer small groups to crowds. I am an INFP - DREAMER, HEALER, MEDIATOR. 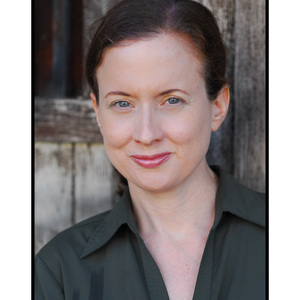 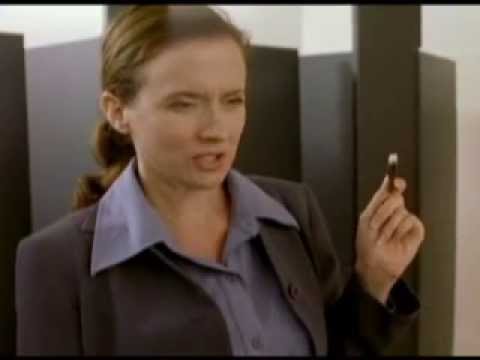