British actress in my forties seeking opportunities in both screen and stage.

Started in the industry in 1994 I have gained many skills and trained with various institutes in the UK and USA. Currently cast in the movie franchise Dragonman, playing a featured leading role. I recently then became SAG/AFTRA-e and currently in the process of receiving my SAG card as well as securing Talent Management in the USA.

I love dramatic productions and would love to see myself in a powerful CID/Detective Role. I also would love to be cast in an episodic soap opera in a comedic subtle role. (Penny from The Big Bang Theory is an example)

Seeking actors representation to make 2021 an amazing productive year and to open up more doors and skills.

Kya started as a child performer enjoying classes in Tap & Ballet where her teacher spotted a rising star saying "her name would be up in lights". At 17 Kya attended the Anna Scher Theatre School in London, winning "actor of the week" going onto further train at various institutes including; Norwich Theatre Royal, Arts Education and the Royal Academy of Dramatic Art (RADA) as well as a short stay in Los Angeles [USA] studying with Margie Haber at her Studio in West Hollywood. Kya's first ever role was alongside Rachel Weisz in Bryan Adams music video (There Will Never Be Another Tonight) Further credits include 24:Live Another Day, [Hubbard Casting]. Season 3 of 50 Ways To Kill Your Lover, The Intent [Netflix] Paddington 2 [Studio Canal] and most recently Mamma Mia Here We Go Again, [Universal] Kya was offered an ensemble role in the Waterloo sequence as she was hired as a professional stand-in on the entire production. She has also appeared on Television and in short independent films, as well as presented/compered on television and stage around the world hosting international beauty awards and spoof sports shows. 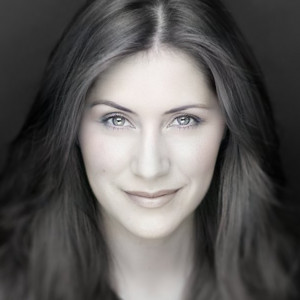