Getting so many self-tapes during the pandemic myself, I enjoy working with other actors to send in the best possible audition they can to book that part!!!

Kouryou Ngin is an actor and stuntman. He has a dance background in hip-hop, breakdancing and other forms of street dance as well. He studied and also taught at Broadway Dance Center in New York City and also performed at the prestigious Alvin Ailey American Dance Theater numerous times. He has traveled on tour with various artists across the U.S. and even abroad. He trained in boxing and was raised in his Cambodian heritage and culture of Muay Thai, a popular MMA style similar to kickboxing. Establishing himself as a solid actor and stuntman in the NYC, Kouryou began to also become a stunt coordinator and choreographer. With the dance and martial arts background, it all only seemed natural. Although he loves being in front of the camera whether its acting or dancing, you will find him equally as much behind the camera as his keen eye has been used in directing films and even editing.

His latest project was filming in the UAE across the deserts and beautiful cities of Abu Dhabi and Dubai. He can be seen fighting and stunt driving in Pierce Brosnan's latest film, The Misfits, now in post production. 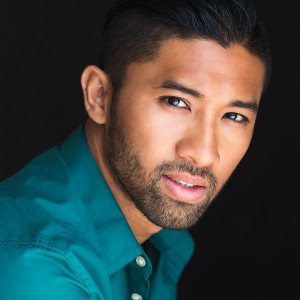