Klara Landrat is an American-Israeli actress of Polish origin, producer, writer known for such movies as: "Zoolander" (2001), "Going Under" (2004), "The Soul Collector" (2011), and "Chronologia Human" (2017). She is starring in the Irish TV series- "Gods & Fighting Men" due for release in 2021 where she actually had to learn Irish Gaelic and singing for the part. She was raised in Tripoli, Libya and New York City. Klara divided her life between New York, LA, Paris, Belgrade, Tunis, Tel Aviv . As a model Klara worked with New York and London Fashion Week designers Klara and has trained with a legendary dance choreographer Willie Ninja (William Leake) - who has trained Madonna and created a new dance routine seen in the TV show "Pose" on NBC. Her photography and art is part of many private collections and curated in places such as such as Novikov Miami and publications as: A book Of Us, Solis Magazine, Trend Prive, Love Bite Magazine, Elegant Magazine, Irk Magazine, Kodd Magazine, etc. Her philanthropic work extends to India where she is actively participating in stopping abuse of women through various projects most recently in : " Stop Women Abuse" featured in the Times magazine in India. Klara holds a B.A. degree in arts from Hunter College City University of New York and is member of Alumni, Golden Key Honor Society and USA Honor Society. Klara's zodiac sign is: Libra. Her favorite color is: Blue

Professional actress and model known for “Zoolander”, “Chronologia Human”, “Going Under”, “The Soul Collector”.
Currently based in Tel Aviv and London, UK. Traveling globally on assignments. 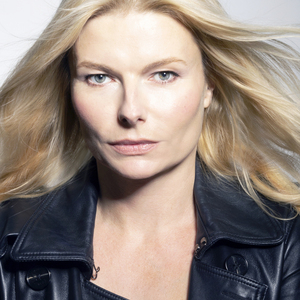