Kendal is a SAG actress with a BA in Acting from UCLA and an MA in Acting from the Gaiety School of Acting and University College Dublin in Ireland. She is also a UCB graduate, is great with accents and has worked with the Royal Shakespeare Co.

She practices and is studying to be a yoga instructor and has a fascination for dinosaurs. Aspiring to be in Jurassic World someday (soon), Kendal has moved 13 times in her life, a nomad of sorts.

Was also a competitive gymnast for 10 years and dancer. Special skills include walking on hands for numerous minutes and running half marathons. 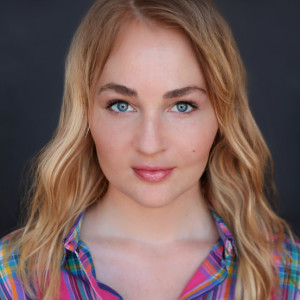 Gave me exactly what I needed right away. Great Vibe! really eased my nerves. "