Kelvin Han Yee is an American actor of Asian decent whose career spans over 30 years of film, television and theater. He was discovered by the legendary American Conservatory Theatre in San Francisco where he was a company member for six seasons. Other theater credits include performances at The Oregon Shakespeare Festival at Ashland, Berkeley Repertory Theater, The Huntington Theater in Boston,and East West Players in Los Angeles. Yee was the lead in Peter Wang's A Great Wall, the first American movie shot in the People's Republic of China. He has used his background to help others by mentoring incarcerated youths, bringing arts education to public schools and youth advocacy. He plays the guitar loudly and badly. He is passionate about food and enjoys cooking for friends and family.

Kelvin Han Yee (born June 14, 1961, San Francisco, California) is an American actor who has appeared in numerous films such as Destroyer, Milk (as Gordon Lau), Bucky Larson: Born to Be a Star (as Vietnamese Crime Boss), Lucky You (as Chico Banh), The Island (as a Censor), So I Married an Axe Murderer (as Master Cho), Answers to Nothing (as an EMT), Sweet November (as Burly Man), Patch Adams, Life Tastes Good (as Max), Clint Eastwood's True Crime (as Zachary Platt), A Great Wall (as Paul Fang, the film was also the first American Feature Film to be shot in the People's Republic of China by MGM).

He has been seen on television in The Unicorn, All Rise, Bosch, Blue Bloods, Greys Anatomy, 9-1-1, GLOW, S.W.A.T., Scorpion, Westworld, Gone, Chicago P.D., Hawaii Five-0, Criminal Minds, Eastwick, Crash, Lie to Me, Prison Break, Entourage, The Mentalist, Chuck, Curb Your Enthusiasm, The Young and the Restless, Accidentally on Purpose, 24, Sucker Free City, Days of Our Lives, The Bold and the Beautiful, E-Ring, Hawaii, and Nash Bridges.

Yee is a San Francisco native who, as a teenager, became involved with the pioneering work of the Asian American Theater Company. He was an original member of The National Theater Of The Deranged and the San Francisco Mime Troupe. He was a member of the acting company of the American Conservatory Theater for six seasons. He acted at the Berkeley Repertory Theatre, at the Huntington Theater of Boston, Oregon Shakespeare Festival, the East West Players and the Lodestone Theatre Ensemble. 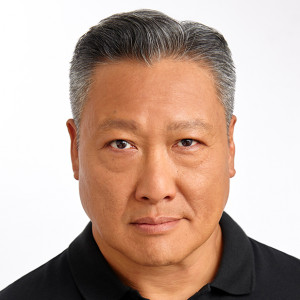