Hello! I'm excited about rehearsing, working, and playing with you on here. I've been a working professional since 1980. One thing I know for sure is that there's something new to discover about this craft with every role we get to play. I love to rehearse--script analysis, running lines, etc.--so let's work as long as you like. I do a lot of self-tapes and still study every self-tape process I find, staying on top of the current industry standard.

Brief Bio: I apprenticed at the Guthrie Theater in Minneapolis and studied at the National Shakespeare Co.Conservatory in NYC before landing a contract role, ie: series regular on ABC Daytime. Upon moving to L.A., I had leading roles in Fast Times, Night of the Comet, teen comedies, horror/sci-fi genre films, and TV guest star roles on ABC, CBS, NBC, SHOWTIME, and HBO.
Today: I'm appearing in several newly released award-winning films streaming now, (Awards include two Best Films, a Best Ensemble Cast, and Best Actress in another). In 2022 I'm in four independent features making their World Premieres on the film festival circuit, one of which I also co-produced.

I'm looking forward to meeting and working with you! :)

Film, TV, Stage, Voice-over, New Media, Host. Comedy/Drama
A professional actor since 1980, I apprenticed at the Guthrie Theater. Studied at the National Shakespeare Co. Conservatory before landing a contract role, ie: series regular on ABC Daytime in NYC. In Los Angeles, I had leading roles in Fast Times, Night of the Comet, Chopping Mall,, other films, and Guest Star roles on Prime-time on ABC, CBS, NBC, SHOWTIME and HBO. Currently, I have two full-length features streaming, and one full-length feature and three award-winning short films playing the National and International Film Festival circuits. In the near future,, there are three films in pre-production that I'm shooting once the pandemic is behind us, 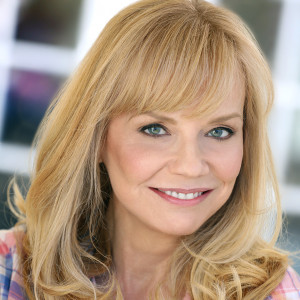