My name is Kaylah Pantaleón. I'm an Afro-Latina born and raised in NY, currently living the dream in Los Angeles. I studied Performing Arts at Emerson College in Boston, but wouldn't get a real taste for film/television until I booked a steady background gig as an inmate on Orange is the New Black- Seasons 1, 2, 3 (ah, those were the days). I observed and learned a sh*t ton on that set until I eventually craved a little more camera time, as we do, and finally made the big move to Hollywood. I've joined SAG-AFTRA, starred in several independent films, a plethora (love that word) of commercials, and launched my production company, La Artista Productions, since moving to Cali in 2015.

We Audition is helping me stay sharp and meet fellow artists, all while putting some coins in my pocket, so I'm super grateful. Book me and let's do the work!

Afro-Latina actor/author/producer from Yonkers, NY, based in Los Angeles. Kaylah studied Performing Arts at Emerson College in Boston and moved to LA in 2015 to pursue her passions in the arts. 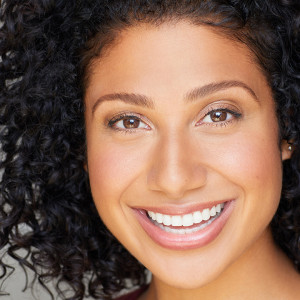 Such a great and unique energy - Truly appreciate you, Kaylah 🙏🏻 Glad to have connected :-) "