Hello! Let me help you with industry information and questions, as I have my own production company in Los Angeles and have produced a series that is on Amazon Prime! I am first and foremost an actress, and I have trained in scene study and character work in both drama and comedy.
For AUDITIONS- I am specially trained in the art of self-tapes and the breakdown of SIDES, and I work with an exclusive Coach in LA.
For SITCOM training I studied under Lee Aronsohn (Big Bang Theory, Two and a Half Men) for 4 years, and also studied both dramatic and comedic improv techniques.
I look forward to working with you!
Break a Leg!
-Katie

Katie is from Metro Detroit, a tough but empowering place that she feels has prepared her for working hard to achieve all of her goals and dreams she sets her sights on. She moved to LA in 2012 to pursue acting, and soon found her dreams were bigger than just that so she started her own production company, Pink Clubhouse Productions which is focused on female-created content. From there she started writing, producing and now directing, while still pursuing acting, both in film and on stage. Most recently her short film she directed won Best LGBTQ Comedy from the Marina Del Rey Film Festival (2020). 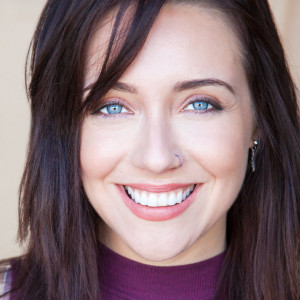 I loved working with Katie! She's an awesome scene partner and she added great insight to help me "
"

FANTASTIC! SO PRESENT. SO GENEROUS. SO SPECIFIC. SO SUPPORTIVE. Left our session ready to slayyy my audition! "
"

Katie Oliver is an incredible reader/actress! Loved working with her on my scene! She brings a lot of great insight and is so much fun to work with! "
"

Her name is written, Katie Oliver, but it should be really be, The Best. You all would be so lucky to have her as a reader/coach. She's orange juice on a Sunday morning. "