My name is Katie Grace and I am a British actress based in London. I was born in Suffolk, moved to Essex then Brighton and now London, so my accent has a warm, southern and neutral quality.

For the past 15 years have worked in Theatre, TV web series, short films and commercials. During lockdown I have taken part in a number of amazing casting/self tape workshops, this has enabled me to become a master cold reader, adaptable and quick to learn and will take on any notes you want to give.

Whilst I trained classically I have fallen in to performing comedy so if you are looking for someone with a good idea of timing, I am your girl!

I look forward to working with you.

My name is Katie Grace and I am an actress based in London. I was born in Suffolk, moved to Essex then Brighton and now London, so my accent has a warm, southern and neutral quality.

Some of my credits include:

A co-devised production of ‘Pamela’s Palace’. In 2019 This 5 star comedy, cabaret which took me to the Adelaide Fringe Festival and Melbourne International Comedy festival. After embarking on a UK regional tour, the show recently returned from a successful run at The Edinburgh Fringe Festival (Assembly 2019).

Katie is also currently appearing in the world renowned Faulty Towers show as Sybil Fawlty. Touring to venues across the UK, Malta, Australia, Spain and Ireland.

I have had the pleasure of working with Interactive Theatre International, Gomito Productions and has been directed in comedy and clown by Philippe Gaulier, Dr Brown, Mick Barnfather (Complicite/Told By An Idiot), Spymonkey and Cal McCrystal (One Man Two Governors). She has also been directed by the likes of Che Walker, Ann Mitchell and Dawn Walton.

I look forward to working with you. 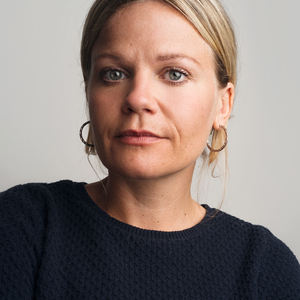 Fabulous reader! I really enjoyed her groundedness and attention to detail as a reader. I look forward to working with her again! "